Al Nagler, president of Tele Vue, came to the Lab last fall to show us his latest product, the Tele Vue-85 spotting scope. We drove with him to nearby Stewart Park at the southern tip of Cayuga Lake to try out the scope and got some excellent close-up views of waterfowl and gulls. We also looked at fixed objects such as signs and buildings and compared the view with that of our own spotting scopes. We even used the camera adapter and snapped some pictures of Ring-billed Gulls, using the scope as a telephoto lens. It was an interesting exercise, and the scope was definitely impressive. After showing us how all the optional eyepieces and special equipment worked, Nagler left the scope with us for more than a month, so we could really put it to the test. 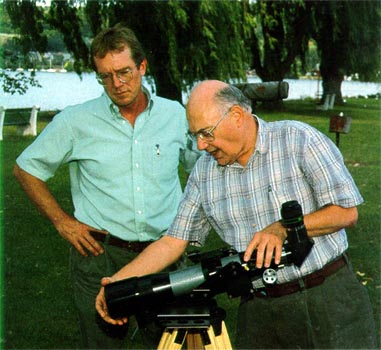 In most respects, the Tele Vue-85 definitely came up a winner. One of the things that impressed us most was the scope's whopping field of view at high power. In fact, at 60x (using a fixed magnification eyepiece, not the zoom) the Tele Vue-85 has a field of view as wide as that of most other scopes when they're used at low power. And, the 25x-75x zoom provided a bright, crisp image all the way up to full magnification.

The scope really proved its value last fall at the Montezuma Muckrace - an annual birding competition and conservation fundraiser held each year at Montezuma National Wildlife Refuge - where it was used to scan shorebirds on a massive mudflat. The clarity and brightness of the scope made it possible to make accurate bird identifications at staggering distances. By changing eyepieces, this scope was dead sharp at all powers, surpassing the image quality of any other scope. The image quality using a zoom eyepiece was a slight step down, but still impressive. A good magnification for scanning broad areas was 38x, but we often used 67x and even 100x for general birding - far beyond the usable (or even possible) magnification range of many other scopes.

Like the Questar and most other scopes that came to the birding field via astronomy, the Tele Vue-85 reverses the image - that is, when you pan to the left with the scope, the image you see moves to the right. If this is bothersome, you can add an optional prism that flips the image back around the way it's supposed to be. Another interesting optional feature is the Bino Vue attachment, which allows you to view objects with both of your eyes, thus eliminating one source of eyestrain and discomfort caused by scope use. 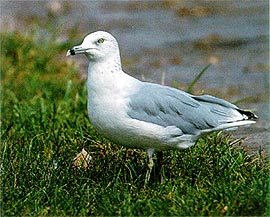 Both of these attachments cut down slightly on brightness and clarity, but the view with this scope is so superior, this effect is negligible. The scope's rack-and-pinion focusing system is quick, accurate, and smooth, and its adjustable balance mounting system, when you get used to it, makes using the scope less awkward.

And if there is a rub to this otherwise glowing report, it is certainly the awkwardness of this scope. It does, after all, come from an astronomy scope manufacturer and when you're out stargazing, you generally set your equipment up and sit in one spot for the night. This is not a scope for fortuitous birding. Forget about screeching your car to a halt and catching a glimpse of a bird with this scope before it sails over the horizon. But for any kind of stationary uses - scanning mudflats for peeps; gazing over the ocean for seabirds; watching a falcon nest from a half-mile away - this scope is absolutely unsurpassed.