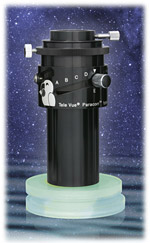 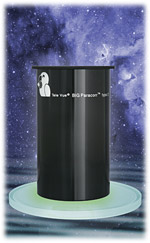 Notes from the Field

This "beyond the printed page" online writeup features extra images and hardware notes from the April 2015 BIG Paracorr review published in the magzazine.

I admit that it takes a lot to surprise me after so many years observing with this scope, but this certainly did.

Once again, Tele Vue was the leader in the field, with the most products voted into the top.

Paracror Type-2
Meanwhile the new dobsonian revolution is driving faster mirrors, and Tele Vue has stepped up to the plate in two ways - they've introduced a new version of their venerable Paracorr (now in a Type 2) specifically to work with these new, faster mirrors, and further, they continue to collaborate with other companies to provide amateurs with the best gear possible.